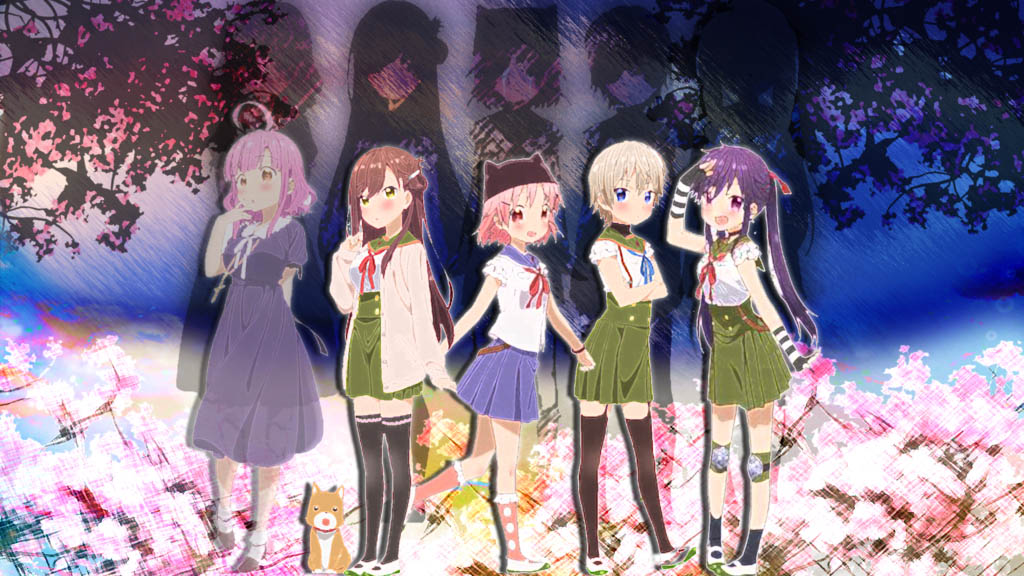 Miki takes over the narration in this episode and continues the story from after she was rescued by the other three girls.

She wakes to see Yuki and Megumi there (sort of but more on that later) and is generally confused. They know from Miki’s uniform that she’s also a student there – speaking of, why is Yuki’s uniform blue while the others wear green? – and a class under Yuki. Taroumaru also briefly appears and Miki is happy to hear that he was the one who led them to her but the dog’s still hostile to her, probably still remembering how she yelled at him after Kei left. Oh and Yuki discovers that she has a senpai fetish.

Miki’s bewilderment about the whole situation gets worse as Yuki continues to act as if all’s fine and dandy and takes her on a tour of the school. For a short while, Miki even entertains the notion that she just dreamed up the outbreak but then Yuki leads her to the music room, which is pristine and functional in Yuki’s eyes but a thrashed mess to Miki. The poor girl becomes even more puzzled when Yuki keeps talking to Megu-nee…except there is no Megu-nee. Yuki’s talking to air.

Yup. We finally get conformation that Megumi is indeed another product of Yuki’s imagination.

Miki naturally asks Yuki who Megu-nee is and just as Yuki is comforting the imaginary Megumi about her lack of presence (hah!), Yuuri and Kurumi join them. They talk to Miki and explain to her the concept of the School Living Club which is something Yuuri and Megumi came up with to make their situation a bit more bearable. Miki asks who Megu-nee is and they tell that she was their wonderful teacher who took care of them but is gone now.

We see a brief flashback. The full situation isn’t shown but the end result seems to be that Megumi, already injured, locked herself alongside a zombie horde so that the girls could get away. Yuki tried to get to her but Megumi refused to open the door, probably since she was already infected. We also see that there’s a grave on the rooftop garden (you spotted this in episode 1, Remy) that’s Megumi’s.

Following this reveal, Miki asks why Yuki still talks to Megumi and is told that to Yuki, that incident or even the outbreak never happened. Yuuri also asks that Miki play along with Yuki but Miki’s resistant at first because she thinks (rightly) that Yuki will never recover in that case. But in the end, she caves and agrees to do it until she finds out what kind of a person Yuki is.

Well, Yuki turns out to be the kind of person who announces sports meets out of the blue. Miki is reluctant at first but is swept along with it and ends up having fun. Kurumi even talks to her about how Yuki comes up with wild ideas just when they need them and also some wise things about thinking and acting. Miki, after reflecting on her day, realizes that what she was doing with Kei in the mall was just ‘not dying’ and sees how much better it is in the school. She deems Yuki as amazing and officially asks to join the School Living Club.

Back in the present, they finish drawing the graduation album. Miki is shown to be happy but still hung up on Kei.

The ending credits are different from usual and show Megumi slowly disappearing in shots from prior episodes.

Sooo, Megumi. I can’t say I didn’t see it coming because I’ve been obsessing over oddities in Megumi’s appearances and interactions ever since Karandi pointed it out to me after episode 3. But it’s still a satisfying reveal and that moment where we see Yuki alone in a room rather than with Megumi beside her is rather poignant, just like the similar scene at the end of episode 1.

I’m curious to know the series of events that led to Megumi sacrificing herself. I’m assuming it happened sometime between their move from the rooftop to the second floor space. Back when the outbreak began, they were stranded on the roof. Maybe they tried to make a barricade on the second floor and got attacked. Also, since Megumi died in a room of zombies, isn’t it likely that she’s also one now? Will we be seeing zombie!Megumi in the future? I bet Yuki’s reaction to that would be something to see. 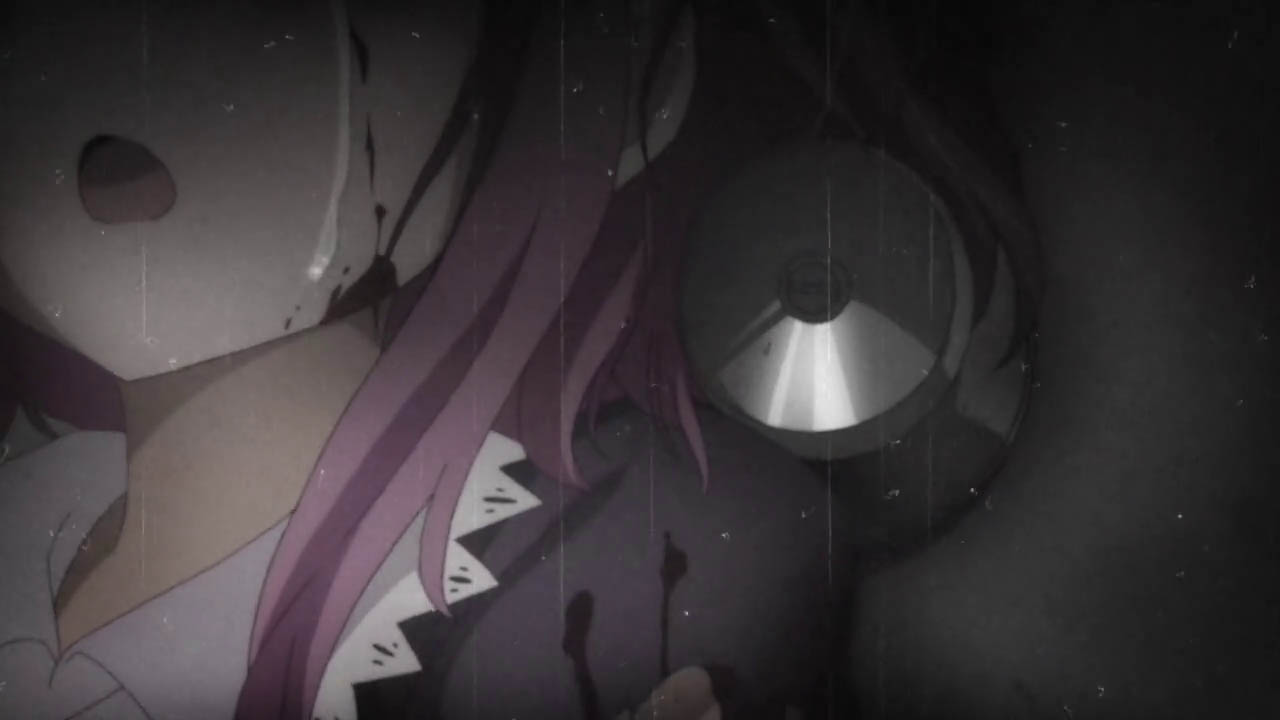 Speaking of Yuki, I can’t say I’m as enamored of her character as the girls seem to be. But I can see how her oblivious optimism and energy could give them something bright to hold on to while the world goes to hell around them. I still don’t know if allowing Yuki’s delusions to flourish unchecked is the best course of action in the long run. I suppose we’ll find out. I’m still holding on to the theory that it was Megumi’s death that triggered her delusions and that the Megu-nee projection also functions as protection like in the library incident or when ‘Megu-nee’ stopped Yuki from accidentally going home.

Also, I’d say that I identify most with Miki. As awesome as Kurumi the shovel-wielding hero is, it’s Miki’s actions and reactions that resonate most with me.

And Remy recently made a very cool post about the evolving credits in this anime’s OP. He’s paid a lot of attention to the details and the end result is impressive.

The Life Of A Semi-Otaku

I drink and watch anime

"Simplicity is the easiest path to true beauty." -Seishu Handa

My thought's on all things magical. Be it anime and manga , or books and movies.

Mecha anime is the best, but the rest of those chinese cartoons are pretty good too

Exploring Great Depths for your Entertainment!

The gayest translations in the Light Novel scene.